The Youths played away to dingle on Saturday and with a lot of the actual youth team missing, we were once again relying heavily on the U-17’s. Although the game finished 6-2 to Dingle in the end, the lads acquitted themselves well with Neil O’Shea and Daniel Whittleton (penalty) getting the goals.

The visitors were extremely well organised and put Killorglin under pressure from the start and scored midway through the first half. It stayed at 1-0 at half time. Killorglin started the second half a lot better and looked like they might equalise until a mix up at the back left Castleisland in for a second. That killed off the game and it ended 3-0 to the visitors. Killorglin still with work to do…

The youths were in action on Saturday away to Park. Killorglin are finding it tough to get numbers at this level and had only the bare 11. They held Park to 2-1 at half time but the floodgates opened in the 2nd half and a flurry of goals by the opposition meant the game finished 9-3 to Park. Killorglin scorers were Liam Carey (2) and Aidan Cox.

The U-17’s had the daunting task of heading for Limerick today up against a good Limerick side in the FAI Umbro U-17 challenge cup. Derek George’s boys knew it was a big ask, but acquitted themselves well. In the end they went down 4-1 but at 2-1 at half time, were still in with a chance (Daniel Whittleton scored the goal). This will be great experience for the lads and they will have learned a lot from the game

1st game of the season – Hopefully there will be better days ahead. Johnny Carey and Shane O’Connor with the goals. Ryan Keane missed a penalty and there were a couple of scoring chances in the first half. Goalkeeper Chris O’Connor was sent off so the 4-0 at half time may have flattered Celtic. However Celtic are a top side and it is elsewhere Killorglin will be looking for points this season

Kevin O’Brien and Pa Knightly getting the goals. We were unlucky not to win. After going 1-0 down in the first 5 minutes Killorglin settled and Kevin O’Brien got the equaliser on the 15th min.The start of the second half saw Pa Knightly put Killorglin ahead with a well worked goal and from there we should have seen out the game with some great scoring chances. But with 10 mins left Sneem got an equaliser from a corner. Ryan O’Riordan who came on late had a couple of chances and was unlucky. Stuart Delaney (capt.) gave a Man of the Match performance. That’s 4 points from 2 games so not too bad.

Killorglin Youths got their league off to a start yesterday (Paul Russell takes charge) away to KIllarney Athletic. Athletic are strong this year and Killorglin Youths would be mostly made up from U-17’s so no surprise when they were beaten, but hopefully they can improve as the season progresses. 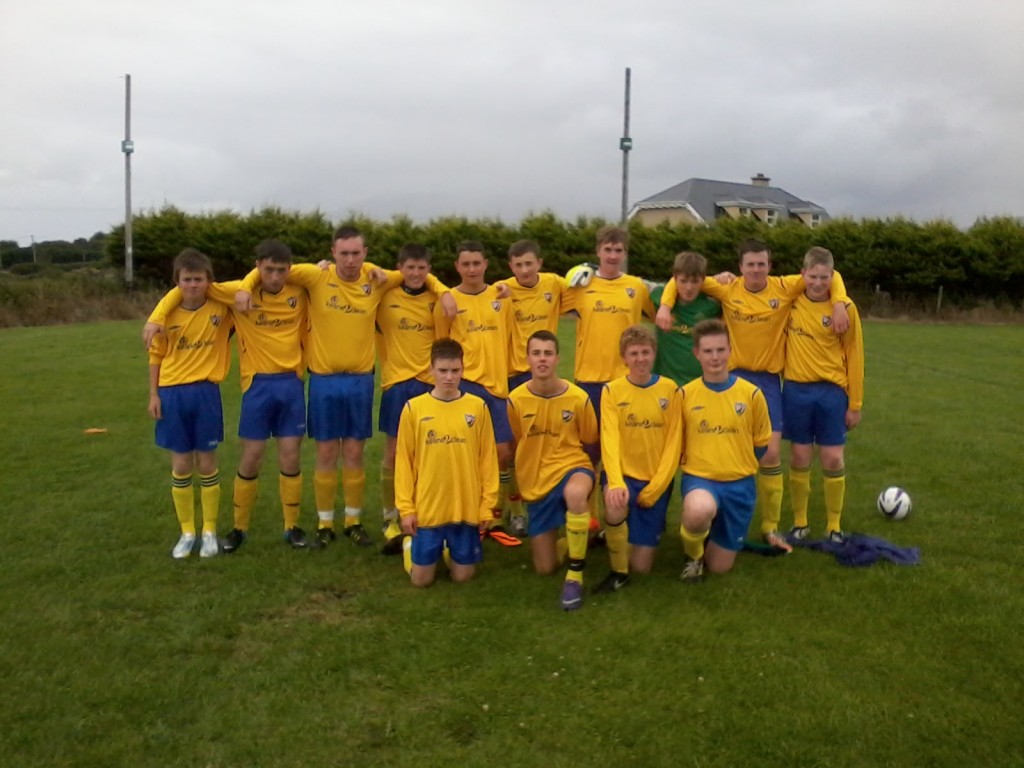 A great start to the league as we raced to an early 3-0 lead with goals from Gavin McKenna, Ray Marmion (a cracker) and an OG (though McKenna is claiming it). An unfortunate hand ball by captain Jerry Foley gifted Castelgregory with a lifeline through a converted penalty.

But 4 super goals in the second half ensured Killorglin got the win – Dan Whittleton claimed a brilliant hat-trick and McKenna claimed a 2nd. It was a day of firsts – first game for Beaufort man Ronan Brosnan, first time to score 7 goals and first time Michael McMahon finished on a winning Killorglin team. Keep it going