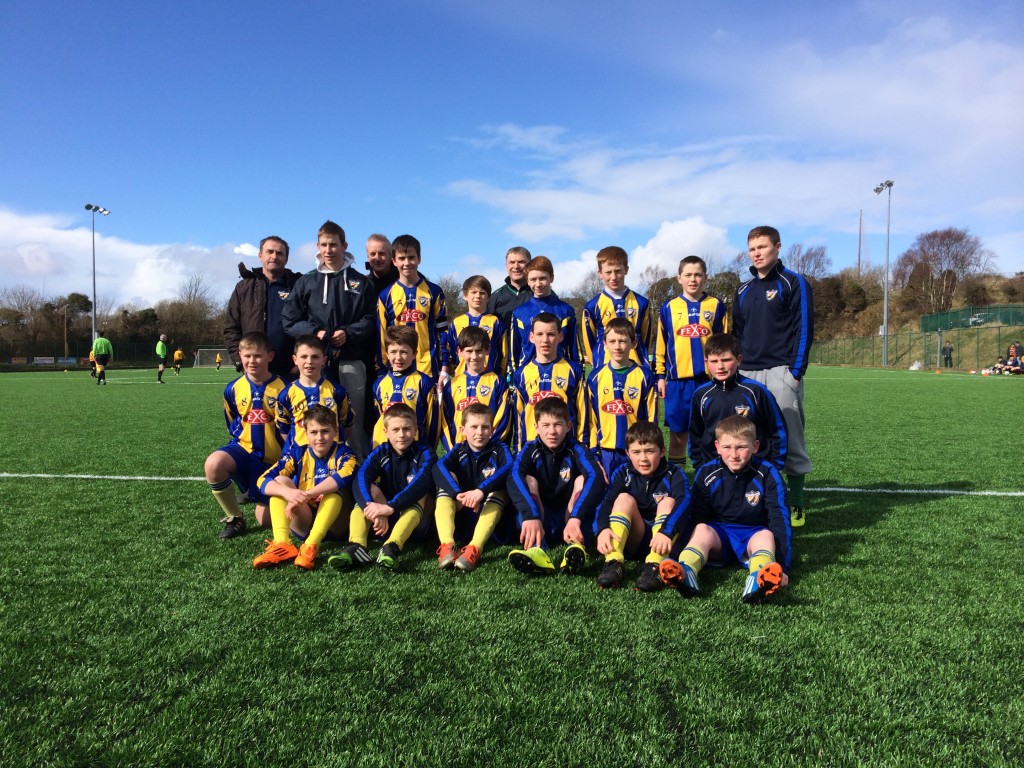 A windy day in Dragons Den in Killorglin saw the visit of Clonmel Town. A much anticipated game saw a good turn out of fans, but the concession of a goal in the opening minute set the tone for a tough afternoon for the home team. And on the day, Clonmel Town were a little stronger when it mattered. For the rest of the opening half, Killorglin absorbed the pressure well, but were frustrated in midfield, and were limited to a few half chances before conceding a second before the break.

Although we enjoyed more possession in the second half, Clonmel were well organised at the back, and we seldom troubled their keeper.

Despite the result going against us, our lads can hold our heads up high and appreciate the achievement in getting to the last 8 of the National Cup. It is a huge credit to players, management and mentors alike that the team made it so far. Hopefully the trip to Manchester in the coming days will be enjoyed by all.