Sorry no write up last week – hadn’t the heart. There were 2 games – the A’s played Killarney Celtic A’s AGAIN but despite a decent display we went down 4-1 eventually. Dan Whittleton with the goal. The C’s were out last sunday morning against table toppers Ballymac Celtic with a game to forget going down 8-2. Ricky Flaherty and Lorca Maher with a cracker got the Killorglin goals.

Things were looking up a small bit this week the C’s were out midweek in the Dragons Den against Mainebank who they had lost 6-1 to a couple of weeks ago. A fantastic team performance saw them come away with a well deserved 2-2 draw. Killorglin coming back twice with goals from captain fantastic Sheazo (penalty) and a late goal straight in from the corner from Aiden O’Sullivan who had a great game. 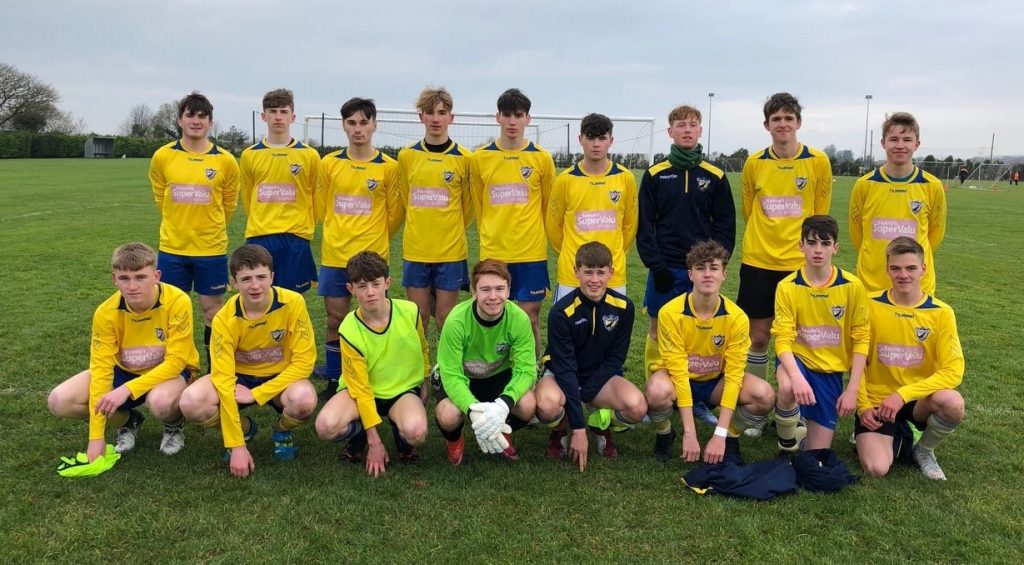 Our youth’s were away to Mastergeeha on Saturday and kept their good form going with a 4-2 win. Dylan O’Neill opened the scoring with a cracking strike from the edge of the box. He then turned provider for Stephen O’Loughlin’s first with a great run and through ball which was nicely finished. Aaron Broderick then had a goal bizzarely ruled out when he made a fantastic run across his man to score. A mistake at the back let Mastergeeha in against the run of play to bring the score back to 2-1. But shortly afterwards, Ronan O’Shea played a wonderful ball across for Stephen O’Loughlin to make it 3-1. And before half time, Killorglin put the tie beyond doubt when an emphatic run from Danny Considine, saw him feed Stephen O’Loughlin to complete his hat trick. A sloppy goal from Mastergeeha mid way through the second half completed the scoring, but Killorglin were unluck not to add to their tally with James Hurley, Dean Callan and Stephen O’Loughlin going close before the end. Man of the match (despite Stephen’s hat trick) goes to Dylan O’Neill with a wonderful all round performance. This win keeps Killorglin on top of Section B of the Youth’s League.

The A’s were also in action Saturday night away to Killarney Celtic B’s in the league. They also came away with a 4-2 win with goals coming from Lee Carey (2), Dan Whittleton and Tommy Cahill in his 1st game of the season (dancing career didn’t work out). Darragh Bergin also made his debut for the A’s – so Killorglin A’s back up to 3rd in the table and hopefully after a shaky start to the season they are back on track.

That’s it for now for all results and fixtures check out “www.kerrydistrictleague.ie”